LAPL vs PPL – Options For UK Private Pilots
What to choose

This post was originally published by Ben Lovegrove on https://benlovegrove.com/lapl-vs-ppl-options-for-uk-private-pilots/ – authorship of the content remains with Ben.

In this post I summarise the similarities and differences between the LAPL vs PPL, that is, the Light Aircraft Pilot Licence and the Private Pilot Licence.

The right licence for you will depend on your aviation aspirations. If you want to fly single engine aircraft for recreational purposes under VFR during daylight hours in UK airspace, with perhaps occasional trips to other countries, then the LAPL is ideal. Theoretically it will take less time and expense to gain as the syllabus contains fewer hours of flying time.

On the other hand if you want to fly European registered aircraft, perhaps one day under IFR in controlled airspace having acquired an instrument rating, and maybe continue flight training to begin a career, then the PPL is probably your best option. The extra training will earn you a private pilot licence that’s recognised globally. 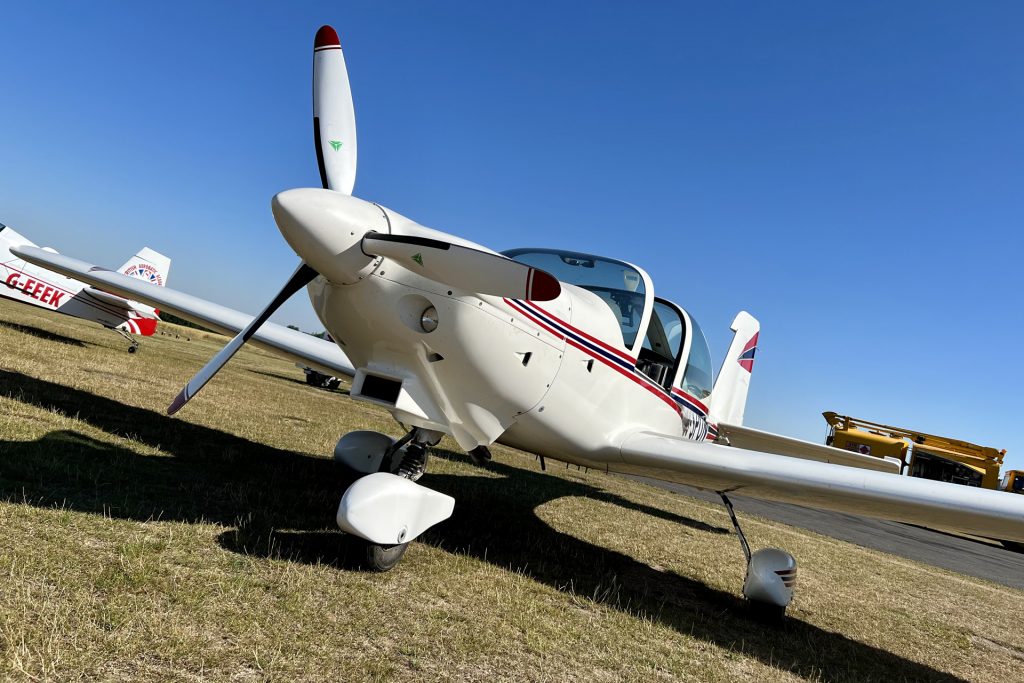 Why are there two private pilot licences?

The EASA LAPL was introduced to enable aspiring aviators to gain a licence with a shorter syllabus and less stringent medical requirements than those of the PPL.

As well as the flight instruction needed to teach the student how to fly light aircraft, the flying school will also provide the complimentary and mandatory tuition in ground school subjects.

Subjects that are common to all aircraft

Subjects that are specific to the aircraft type 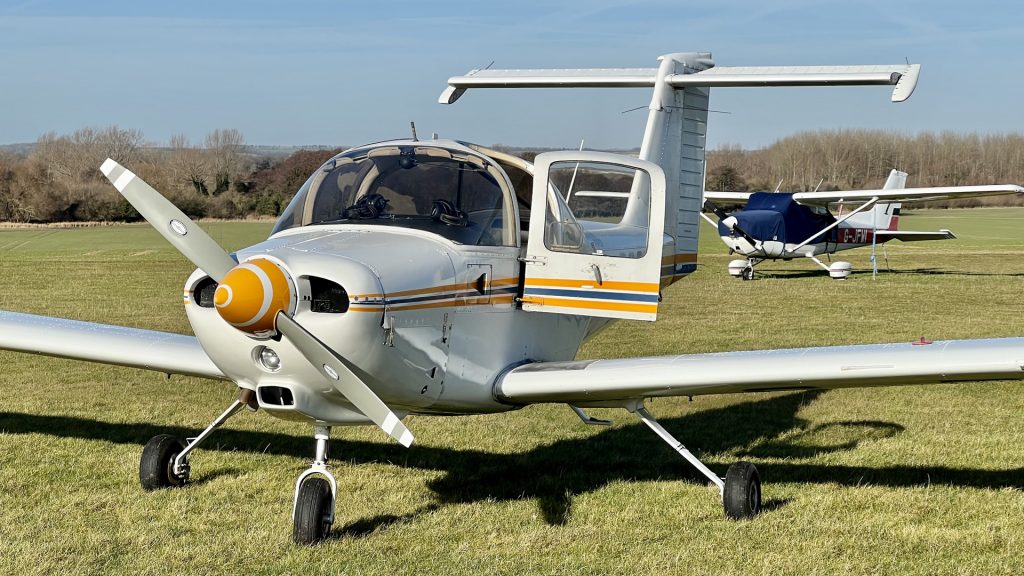 Both licences are very similar. For example, a student pilot has to pass the same theoretical knowledge exams and the skill test demands the same standard of flying ability for both the UK LAPL and the EASA PPL.

However, holders of an LAPL may want to change their licence to the full PPL at a later date. To do so, they need to have logged a minimum of 15 hours of flight time after they have been issued with the LAPL.

As a PPL holder, it’s possible to become an FI who teaches only the LAPL, but to teach the full PPL syllabus the instructor needs a CPL which in turn makes a difference to the instructor or examiner privileges.

This is because the PPL is an ICAO syllabus and the LAPL is not. So even though the two syllabi are very similar and the FI course is to the same standard, the existing licence requirements for instructors differ due to this technicality.

Size & Weight of the Aircraft

The PPL allows the holder to fly aircraft with a MTOW (Maximum Take-off Weight) of 5,750 kg with a maximum of 19 passengers.

The LAPL allows the holder to fly aircraft with a MTOW (Maximum Take-off Weight) of 2,000 kg with a maximum of 3 passengers.

You can tell from those figures that all LSA (Light Sport Aircraft) and the majority of single engine training aircraft would be accessible to the holder of an LAPL. For example, with a current LAPL you could fly yourself and three passengers in a Cessna 172 to France and back. 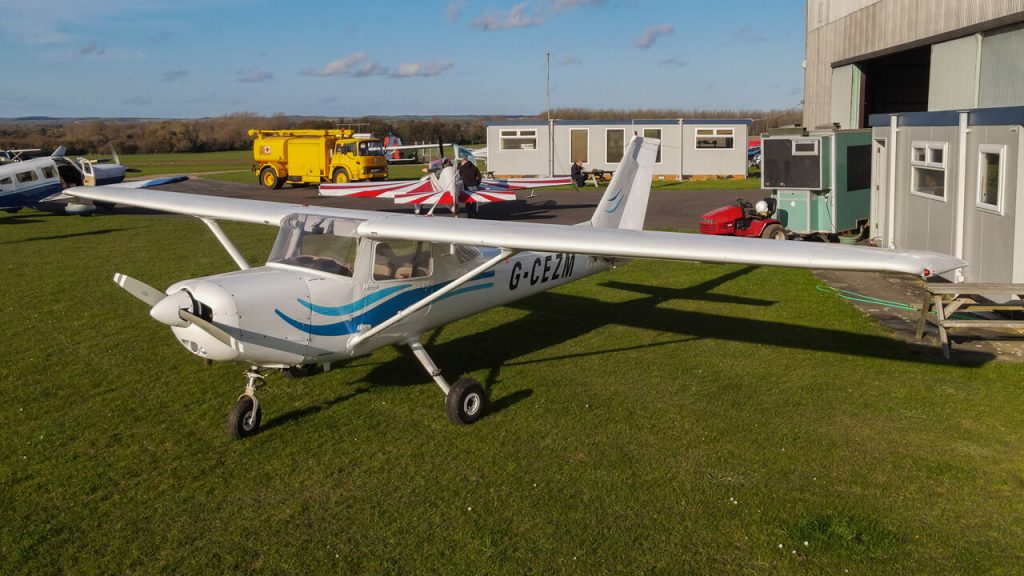 To keep your LAPL valid you need to fly 12 hours in the last 24 months as Pilot in Command including 1 hour with an instructor. Those 12 hours as PIC should include 12 take-offs and landings.

To keep your PPL valid you need to fly 12 hours in the last 12 months including 6 hours as Pilot in Command. Those 12 hours should also include 12 take-offs and landings.

The minimum training hours for the Light Aircraft Pilot License (LAPL) are 30 hours of which 6 hours should be solo flight, 3 of which should be solo cross country flying. These flights should include one flight of at least 80 NM during which the student lands at one other airfield.

The minimum training hours for the PPL are 45 hours of which 10 hours should be solo flight, 5 of which should be solo cross country flying. These flights should should include one flight of at least 150 NM during which the student lands at 2 other airfields.

Both licences require passes in the ground school subjects and a final practical test in the form of a general skills test.

If you can’t decide between the two licence types you can get an LAPL and upgrade to a PPL at a later date. You’ll need to undertake an additional 15 hours of flying, a Class 2 medical, and a checkout with a CAA examiner. 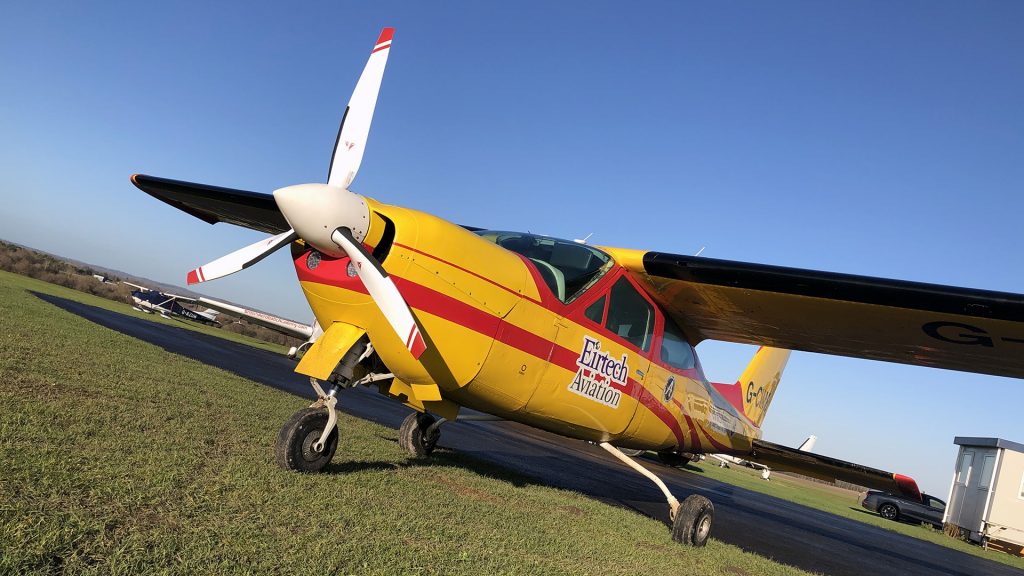 These are the minimum hours and requirements. Most people will need extra training to complete the course. Consequently, this has a proportional effect on the cost.

Courses start with general handling and familiarisation leading to the first solo flight. Thereafter, the time taken to complete and pass the skills test varies greatly due to the number of hours flown each month.

You may see the term supervised solo flight which means that the flight instructor has mentored the planning and preparation for the flight itself, but the student is still flying solo.

With either the Light Aircraft Pilot Licence and the PPL, the pilot is allowed to accept funds from passengers (up to 3 on LAPL, up to 5 on PPL) on a cost sharing basis as long as it’s on a non-commercial basis and there is no profit involved. These funds should be for the landing fees, fuel etc.

This means that, once qualified, you can reduce the cost of your flying considerably. You’ll still need to rent aircraft on a hourly basis or buy a share in owner group, but at least you can offset the cost of flying by inviting passengers along who are willing to pay something toward the fuel.

Some years ago the UK Civil Aviation Authority (CAA) introduced the NPPL (National Private Pilot Licence). This is a non-EASA licence for pilots of microlight aircraft, Permit-to-Fly and kit-built aircraft, and vintage aircraft.

The limitations of the UK NPPL specify that the licence holder can only conduct flights in UK registered aircraft inside UK airspace, unless by special arrangement with another aviation authority.

The syllabus requirements for this are less stringent than the PPL, but then so are the privileges granted to anyone holding this type of licence.

Microlight pilots can obtain their National Private Pilot Licence on either a flexi wing or a three axis aircraft.  Flexi wing microlights are usually open cockpit and have a single wing that is moved by a control bar.  Three axis aircraft are similar to conventional aircraft but are obviously much lighter.

It all begins with a flight experience. Find somewhere near you where you can go up with an instructor for 30-45 mins to get a taste of flight.

There are all kinds of flight experiences to choose from and you don’t have to commit to learning to fly in the same light aircraft in which you enjoyed your first taste of flight. The main thing is to get airborne to feel what it’s like. When you’re ready to start flight training you can choose whichever single engine aircraft is most suitable, taking into account your nearest airfield.

You’ll also need a reliable source for the ground school subjects to supplement the tuition you’ll received at the flying club.

This post is my understanding of the requirements and I make no claims as to the accuracy presented here. Always check the details with your flight instructor and the relevant sections of the UK CAA website:

If you want to check every detail of the medical requirements and training required for each licence course then please visit the UK CAA website’s GA section: