A ‘Humpty Bump’ is an aerobatic figure that comprises of two straight lines joined by a looping element. The lines can be either vertical or 45° lines and can start going up or down. Depending on the aerobatic level, there are often plenty of embellishments ensuring the K factor is high. Many Humpty Bumps will have a combination of slow and flick rolls on the up, down or 45° lines.  You may also get a double version of the vertical Humpty Bump with the up version followed by a down version or vice versa. From this you can see that it is essential to be able to fly a high scoring vanilla “humpty”. 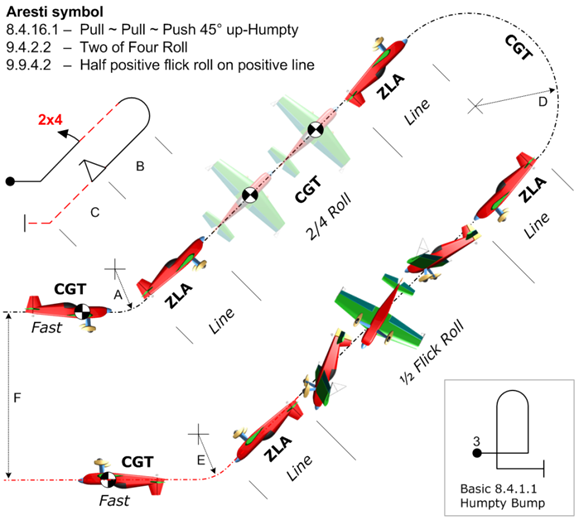 How to Fly A Humpty Bump – Vertical

In this example, I will describe how to fly a basic Humpy Bump (category number 8.4.1.1). The key point here is the ‘pop’, ‘float’, ‘pull’ at the top in order to achieve a tight radius at the top and to start the down line at the same height as you finished the up line. I assume that height and speed is sufficient before you begin and HASELL checks have been completed. 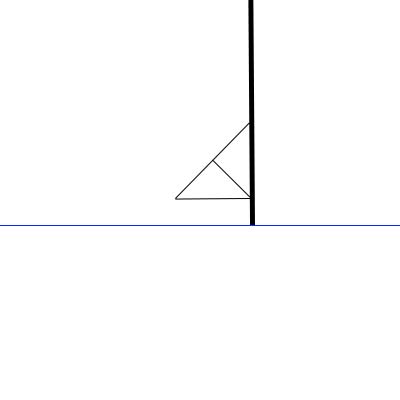 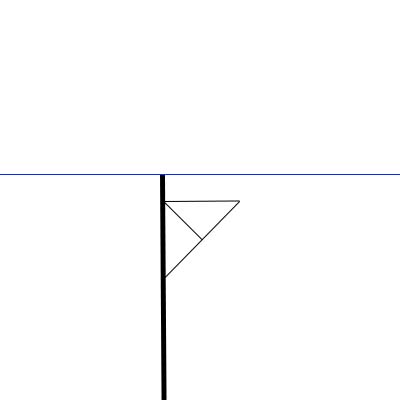 In this example I will describe how to fly a 45° Humpty Bump (category number 8.4.15.1). I have added a half roll on the 45° up line (category number 9.1.2.2) to make the majority of the figure positive G and therefore easier.  The key point here is to pull gently at the beginning and then to float (like at the top of a loop), to make sure you fly a constant radius.

Please subscribe to our blogs. The more interested readers we have, the easier it is to justify on-going resources! If you have a question, please write a comment below. To book an aerobatic flight, contact Adrian on Adrian.Willis@BritishAerobaticAcademy.com or call or message him on 07712864413.