The quarter clover is a common airshow figure and regularly seen in BAeA competitions in the Sportsman category and has been a figure in the BAeA Club known sequence.  In recent times, at Air Shows, it has also become known as a “Bent Loop”

Simply put, a quarter clover is a loop with a quarter roll centered at either 3 o’clock or 9 o’clock. i.e. on the up or on the down element of the loop. In OpenAero, it is found under category number 0 along with other non-Aresti figures. 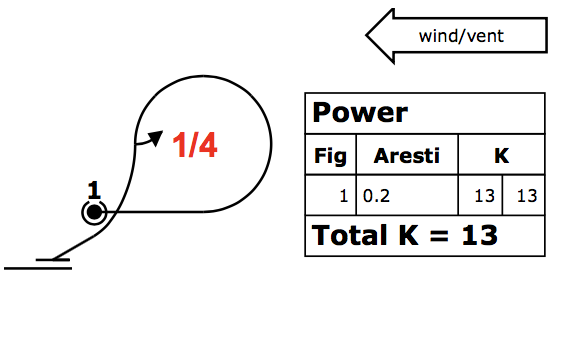 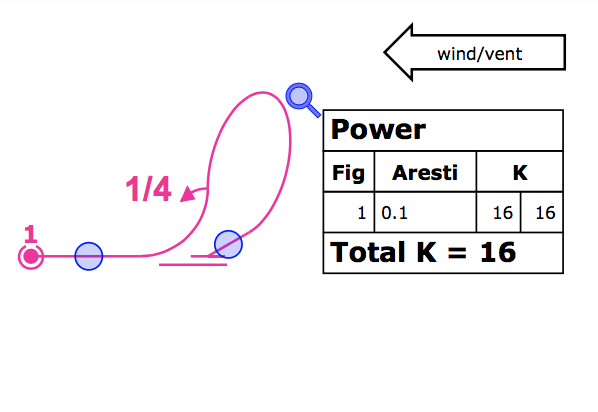 If the roll on the up-line is started too early, considerable height may be lost.  In competition aerobatics, we operate to a base height of 1,500 ft at Club level and 1,000 ft at Sportsman and Intermediate levels. If you descend below the base height you will attract a very severe penalty and if you go significantly below this, you will be disqualified.  At the top of the looping section, before committing to the down going part of the figure, you must check your height and make sure you are in the “Gate”.  In broad terms this means being completely satisfied that you can complete the figure without busting your base height.  In the early stages, it is best to allow 1,000ft for the completion of the figure, therefore the minimum height at the top for Club level should be 2,500ft and for Sportsman level 2,000 ft.  Later on you will develop a precise knowledge of how much height you will need and will be able to adjust the Gate height accordingly.  If you are lower than required at the gate, simply roll the aircraft erect rather than continue with the figure.

For airshows where you are operating at much lower levels the gate height becomes absolutely critical and prudence demands building in some fudge factor.  Of course, in a competition, the looping element needs to be circular but at an airshow the aircraft can be allowed to drop towards the base height for added effect.  To explain further,  if you are displaying to a 300 ft base height, you know that you fly 800 ft diameter loops but you allow 1,000 ft for safety. The entrance height would be 300 ft, the top gate would be 1,300 ft and once you know that you could have the loop bottom at 500 ft, you allow it to edge towards 300 ft for show.  The loop would be egg shaped but very safe.

How to Fly a Quarter Clover

Overhead a prominent line feature, dive for 140 knots, come level. Look at the left wing sight and start looping. When the aircraft is 45 degrees nose up, continue looping but also start rolling to the left. Keep looping and rolling, as the aircraft becomes square to the line feature, stop rolling but continue looping until the aircraft is flying level at 90 degrees to the starting heading.  The 90 degrees of roll should have taken 90 of loop to achieve.  Starting 45 nose up and finishing 135 nose up.